WHY (AND HOW) RESTAURANTS SHOULD (AND CAN) UP THEIR TEA SERVICE 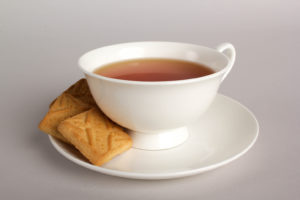 The following is an expert from an article, published in the Saveur by Max Falkowitz, highlighting why chefs cannot ignore the demand for specialty teas in their restaurants.

Fine tea culture is blooming across America, and the hospitality industry needs to catch up

Why It’s Worth It

No restaurant should change its menu based on a trend, but let’s consider what better tea can offer.

A FIRMER COMMITMENT TO INGREDIENT INTEGRITY

Restaurants that pride themselves on high quality ingredients but short-change customers on supplementals like coffee and tea send a mixed message. “We care, but only where we think you’ll notice.” Now, sorting out what quality tea even means is tricky business, let alone tea produced under humane conditions (short story: very little of it is). There are few globally recognizable standards, and the ones we do have in the U.S., such as USDA Organic, have little to no bearing on the actual quality of a tea or the working conditions of laborers. It doesn’t help that many dealers in the tea business are, to put it charitably, shifty, or well-meaning but ignorant as to how they’ve been shifted.

But! That’s slowly changing, in part thanks to an American thirst for transparency about ingredient sources. Those new independent, small-scale tea importers? Many of them are going the extra mile to personally seek out quality products through more trustworthy connections and individual farms. A small-scale tea importer is no guarantee of quality, but the boom in new sourcing options opens up opportunities that just a couple decades ago were completely out of reach. If you run a restaurant that’s all about the integrity of your food, it’s time to put in the work for your tea to catch up.

Dessert is about more than the bottom line; it’s about rapport. That’s why so many restaurants employ pastry chefs even when their desserts are loss leaders. And it’s why so many are investing in better coffee and after-dinner drinks like amari, even if higher ingredient costs mean only moderate margins.

The final sense of polish that a good dessert course brings—one that includes beverages as much as sweets—is the kind of small improvement that turns good tables into repeat visitors, that gets diners engaging with their meal, not just eating it. And it affords an opportunity to turn a $2 cup of throwaway drink into a $5 to $12 sale—one that’ll leave diners on a high note in a far more satisfying way.

That sterling cup of tea is a great way to make a small investment that can leave an outsized final impression. Will all diners appreciate it? No. Will most? Not even. But the audience that appreciates it right now is growing. And for those who are less demanding but still tea-curious...

A POINT OF DIFFERENTIATION

We’re eating through an era of shtick. The chicken finger restaurant. The vintage Chartreuse program. High-end tinned fish as a whole section of your menu. At its worst, shtick is...shticky. But done right, it’s a means of standing apart from competition while making a clear statement about what you’re offering a consumer. You’re not just a restaurant or bar; you’re a place for obsessives, a place to learn and broaden others’ horizons. Tea’s an underappreciated subject in this regard, and if a restaurant staffer is dedicated to tea and looking for an outlet to share it with others, an improved menu offers a chance for a unique shtick that sticks.

There’s obvious media value in doing so—do a shtick that others aren’t and local press is almost bound to cover it. But it also helps share what you’re about with diners who are overwhelmed with choices for where to eat and drink. What makes that bar special? “They’re all about sherry.” This cafe for a meeting? “Their coffee’s good, but I’m really into their lower-caffeine roasted oolong.” And that restaurant? “At the end of a meal they wheeled over a cart, toasted and ground some spices over a flame, and started boiling tea leaves in milk while whirling streams of liquid through the air.”

None of this means selling better tea is a shortcut to higher profits. Good tea is more expensive—sometimes much more expensive—than commodity grades. It requires an investment in training and a commitment to quality control. And it’s not for everyone.

What it is about is improving customer experience in small but noticeable ways. A strong ingredient sensibility, little touches that show class, a unique point of view—these are the currencies of modern hospitality. And tea touches them all.

What Restaurants Get Wrong

The other advantage of taking tea seriously for a restaurant or cafe? Learning from where others go wrong. Because there’s nothing more frustrating for a tea lover than paying a premium for a pot of supposedly good leaves that are then treated poorly.

Tea is only as good as the person making it, and if servers or bar staff aren’t trained with the same rigor as they get for taking orders or making cocktails, even the best tea leaves won’t matter. This is the reason most high-end teas fail in restaurants and cafes; the labor to heat water, pre-heat pots and cups, dig out the leaves, measure them, and prepare the tea to a proper time and temperature all fall outside the standard procedures of a busy dining room or coffee bar. So tea gets the back burner.

Instead: “Well-intentioned coffee companies have struggled to balance high quality tea preparation with expediency of service,” Powar admits. “For the most part, this undercuts the value of great tea. For tea to succeed in this environment, and not become an afterthought or mere concession to coffee abstainers, the same educational emphasis needs to be placed on tea. This goes beyond serving tea in handmade earthen carafes on tasteful bamboo trays.” More important? Knowing exactly what you’re serving, how it’s made, and how to sell it to a customer who’s curious but may not have a clue where to begin.

One common point I hear from restaurant owners about tea: “I don’t want to have to spend a ton of money on new cups and pots.” And they shouldn’t have to. But they should optimize the teas they purchase for the equipment they already have. If you’re selling a premium roasted yancha in a 16-ounce pot and not using a ton of leaves, that tea’s going to taste weak and almost rubbery. Likewise, if you’re brewing a delicate Japanese green tea in a thick pot, where the leaves continue to sit in water after you’ve poured your first cup, the remaining brew is going to turn bitter and nasty no matter what.

Instead: How do you know what tea works for you? That should be your tea seller’s job. Give them specifics about your equipment, what forms of service as feasible for you, and what you’re looking for customers to get out of their tea—then let the experts do the consulting. And if they don’t, find another expert that does. These days you have a wealth of options to choose from, and good vendors that want their teas to shine are willing to put in the effort.

More tea options aren’t always a good thing. Yes, you likely want something caffeine-free for that crowd, or a dependable normcore black tea, or a few out-there teas to show Just How Seriously You’re Taking This, but tea is a fickle beast, with wildly different styles that each command their own expertise to brew. This gets especially tricky if you’re juggling teas that require different brewing temperatures. Say a table orders three pots, one green, one white, and one black. Does your server heat three kettles to three optimal temperatures? Start with boiling water and then cool it down with tap? How much attention can one person pay while also making sure each pot brews properly? Generally speaking, the more tea you offer, the harder it is to make your tea program shine.

Instead: Offer, at most, three teas. I’m a big fan of Japanese mugicha, which isn’t technically a tea—it’s heavily roasted barley—but it’s as cheap as teabags, has a hearty, toasted flavor that goes well with food and settles the stomach, and is caffeine-free for those who like such things. Low-caffeine roasted Japanese green teas are another strong option for a similar effect. From there, focus on just one or two unique teas that your staff can prepare easily and well, teas that show off what you’re about while also showing your capacity for artful restraint.

Your goal with better tea isn’t to flood the zone. It’s not to find a new stream of ample revenue. It’s not to follow an Instagrammable trend (though…). It’s about taking your time to do one thing right and invest in educating your customers. As demand grows—and it’s only going to—you’ll be there to lead the way.

View all posts by: Maguire